Fighting & Support for Our Wounded! 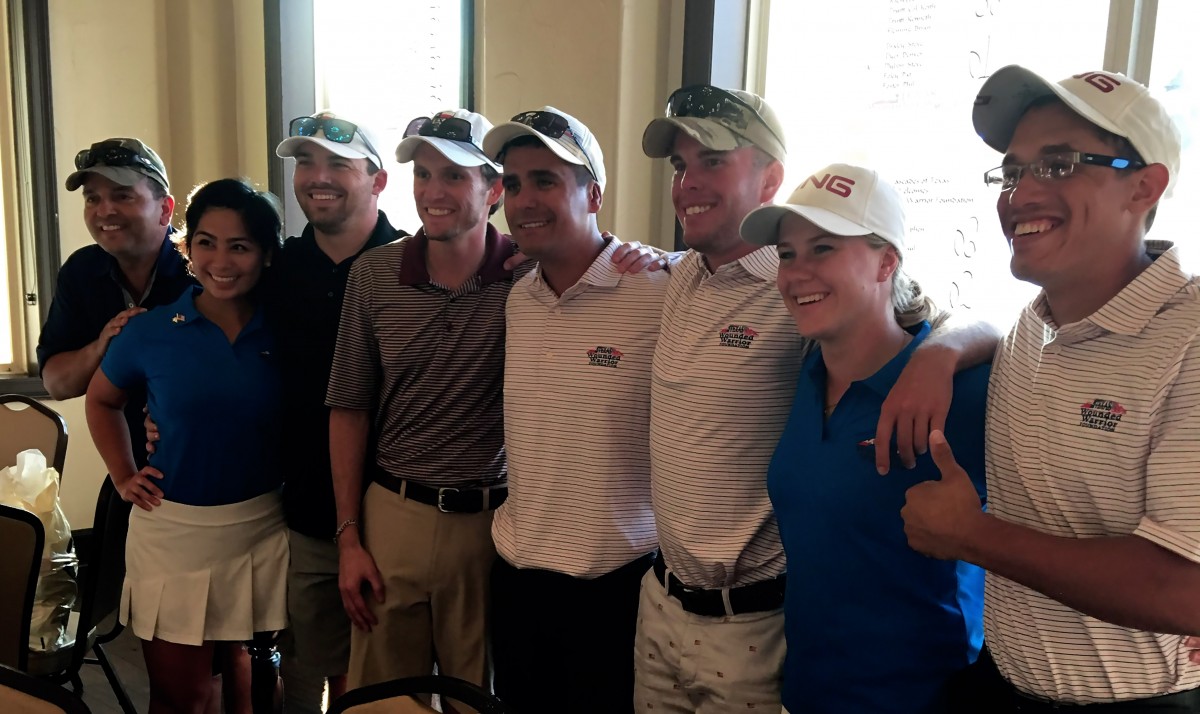 Giving Back To Those Who Have Served

All Of Us So Honorably and Courageously

Goetz had recently spent some time on the driving range with seriously injured wounded warriors at Camp LeJeune, N. C., helping them with their golf swings and basic fundamentals of the game.

Goetz and Nash discussed the idea of bringing some wounded warriors to Tyler for a Pro-Am. They co-founded the birth of the Texas Wounded Warrior Foundation.

The inaugural event in 2008 was a one-day Pro-Am with seven wounded warriors from Brooke Army Medical Center in San Antonio participating. The following year, a two-day event for 17 wounded warriors included a party the first night and a Pro-Am the next day.

Over the last twelve years, festivities have evolved into a long weekend involving 25-30 injured warriors annually and providing many opportunities for good food and R&R in Tyler. Texas golf Pro-Ams are also held in Amarillo and Horseshoe Bay.  Retreats with a spiritual emphasis are held twice a year benefiting the warriors and their families. An annual golf school is held in San Antonio with participants from the Warrior and Family Support Center at Brooke Army Medical Center.

Several professional golfers, including Bobby Nichols, Charles Coody, and Homero Blancas, have donated their time helping warriors on the day of the Pro-Am.

Medical experts and military leaders say that letting these men and women vent their frustrations on the golf course helps some of them forget their injuries for a time and create determination they need for rehabilitation.

Many generals and other high-ranking military officers attend the festivities and play in the Pro-Am. Musicians and comedians from around the country volunteer their time. In 2012, country and western singer Randy Travis entertained the warriors.

While in Tyler, warriors visit schools, where they are given a rousing patriotic welcome by hundreds of students waving American flags. “That greeting meant so much,” said one warrior after the event. “I had trouble maintaining my composure.”

Businesses from Tyler and the golfing industry have provided excellent sponsorship support over the years that the Pro-Am has been held. Over $7,000,000 has been raised to help wounded warriors since the first Pro-Am was held. More than 700 wounded warriors and their families have received assistance.

The Texas Wounded Warrior Foundation focuses on providing help to wounded warriors who live in Texas.

“I’m often asked why our organization is necessary since our government is supposed to take care of its wounded military,” said Goetz. “Our mission is to help provide critical assistance when veterans’ benefits are slow in getting started or do not meet the full scope of basic needs for warriors and their families.”

The Texas Wounded Warrior Foundation is a 501c(3) organization.